Ethan Taylor is first and foremost, an art boy. After successfully seducing the Sanspants Radio crew with his animations back in 2015, he’s infiltrated the deepest ranks of the company. With creating intros, cover art and editing videos all under his belt, there’s a fair chance you’ve seen his work on either YouTube or the Sanspants Radio social accounts.

Get in touch with Ethan: 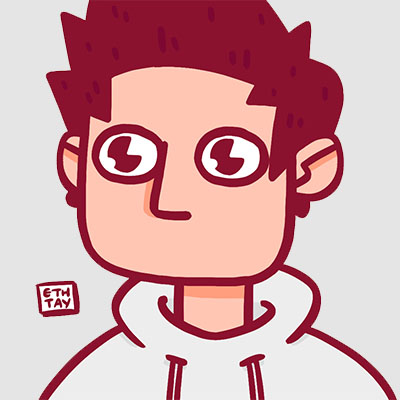 Ethan first met the folks at Sanspants Radio after a live show in 2015, with him finding out that they were familiar with his fan animations of their podcasts. For some reason they encouraged this behaviour, and before he knew it he was creating new animated videos for the purpose of publishing on Sanspants own outlets, kicking off what is now a big hand in the visuals and production of various Sanspants Radio endeavours. Ethan’s work dabbles in 2D and 3D animation, motion graphics and filmmaking. With a Bachelor of Design in Animation, you can be sure anything Ethan creates will at least be useable, if not, kind of good. Outside of Sanspants Radio, Ethan has worked on other animated projects with Mr Sunday Movies. This has caused a lengthy custody battle between the two, resulting in a settlement of Dad Sanspants driving Ethan to hang out with Dad Sunday on the weekends, where he has all the soda he likes and gets to play M rated games.